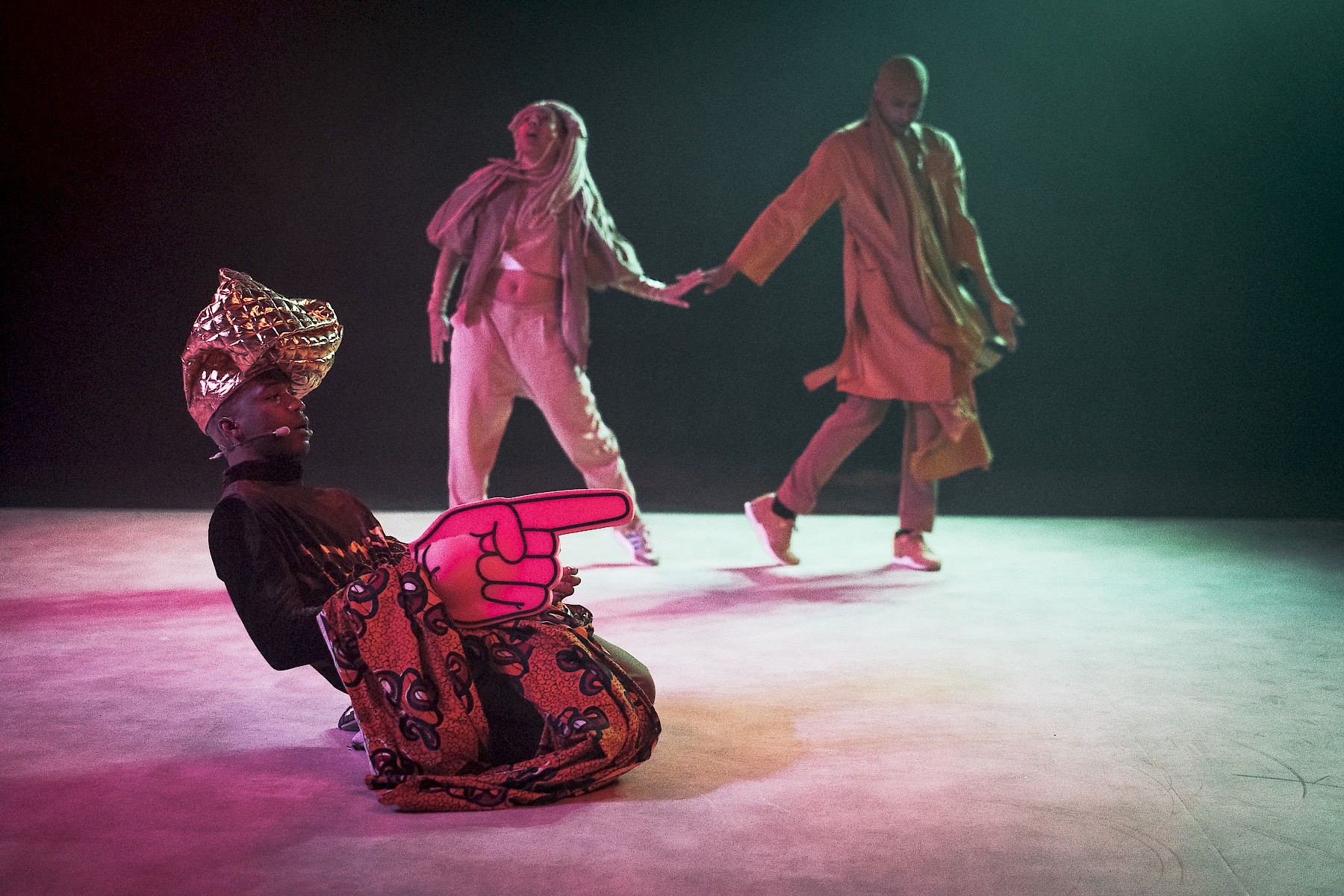 In Cosmic Latte, Sonya Lindfors projects the audience into a Black future, while underscoring just how in and of the present Black bodies are, and have always been since the invention of racial structures and frameworks.

On what feels like a sleepy Saturday afternoon, artist Sonya Lindfors has organised a discussion at Le Space, which begins a cool five hours before her second and final performance of Cosmic Latte at Beursschouwburg. She arrives unceremoniously, making sure to greet everyone she comes into contact with. With a keen interest in corresponding with Afro-Diasporic artists living and working in Belgium, the Afro-Finnish artist has assembled this gathering in lieu of a workshop, which she would have liked to facilitate alongside her scheduled engagements.

Lindfors expresses quite casually the urgency of changing ‘the canon’. Before the discussion begins she distributes several copies of an anthology published by Urban Apa which she edited and contributed to titled Blackness & The Postmodern. Prior to seeing Cosmic Latte it’s clear that Lindfors’ practice is not only concerned with challenging acceptable narratives, but that her interests are supplemented by an interdisciplinary approach which includes writing, editing, and curating conversations. The dialogue that she sparked before her closing engagement along with Blackness & The Postmodern recalls artist Odili Donald Odita in conversation with fellow Nigerian-American artist Toyin Ojih Odutola discussing the importance, nay the necessity of being a young Black artist writing and curating the work of his colleagues.

Lindfors is a modern, Black artist, engaged with so many of the subjects that her contemporaries are currently contemplating. The conundrum of working with institutions where we rarely see ourselves reflected in the audience, let alone in administrative positions. Tokenism, and the advent of inviting foreign artists who address issues of race in favor of dealing with local artists working related themes and subject matter. While these and several other issues are on the tips of our tongues, Lindfors elaborated on issues which feel synonymous with coming from a country with a homogenous white majority population. She is used to hearing that there aren’t many People of Color working in performance (as performers or curators) because there simply aren’t that many People of Color in Finland. Lindfors is the first Black woman to major in choreography at the institution where she studied. She describes herself as coming from a somewhat privileged background which included the means of studying dance as a child. It was during her later studies that Lindfors was admonished for her interest in hip hop, and for challenging the language of contemporary dance by asserting that this genre could also be a part of the vernacular of contemporary dance and performance. The problem, which Lindfors articulates with clarity, is that the Black body is framed as a figure which is not quite contemporary, an issue which Cosmic Latte addresses in a very understated way which manages to be challenging, profound, and poetic.

If I were to lay bare the most striking feature in Lindfors’ piece, I would highlight its ability to project the audience into a Black future which nods to the work of Octavia Butler, Toni Adeyemi, and Nnedi Okorafor while underscoring just how in and of the present Black bodies are, and have always been since the invention of racial structures and frameworks. The artist described the heart of the piece orbiting around Black joy, explaining that some discussions surrounding Cosmic Latte insinuated that there was something missing or even perhaps inauthentic, about a performance focusing on Black figures bent on merriment. There were moments of jubilee which conjured laughter, Mm-hmms, and even a thunderous vibration which was the direct result of several people in the audience moving their feet, inspired by the motions of Lindfors and her collaborators. Conjured is the correct word because there are elements of Cosmic Latte which are closely related with chants, greetings, folk tales, and hymns which employ call and response communication found in African and Afro-Diasporic cultural practices. This pattern of democratic participation correlates with other patterns, and other events which have affected (and continue to affect) the lives of people of African descent, but have also impacted and continue to impact the world that we live in. The world as we know it.

There is joy expressed in this piece, but there is also pain. This tangible distress recalls colonialism, slavery, apartheid, and diaspora, but it also accents the necessary growing pains of creating a new world which matches so many of our academic, social preoccupations. These communal goals are described as arching towards a future which is among many things envisioned as inclusive, intersectional, multicultural, and diverse. One must be excused from feeling somewhat fatigued by these words which roll easily off of the tongue but seem to dissipate into thin air when we discuss what must be destroyed in order to make way for new growth. ‘Would you like to see the future,’ Lindfors asks midway through the performance? ‘It will take group effort.’ ‘Hold hands,’ she commands, alone on stage. This task was for some, uncomfortable. ‘There will be a painful moment of letting go,’ she continues. She follows this simple truth by echoing what is said and what is often unspoken when we think about power dynamics. ‘Do I have to let go of my privilege?’ ‘What about my artistic freedom?’ The audience laughs. Without warning Lindfors shouts, ‘Yes motherfucker,’ and we laughed because we remembered wanting to scream ourselves, or recalled never ever pointing out the pain that progress requires, never making it, in countless conversations. This is the Black present.

Let me be clear, I’m weary of speaking about ‘The Black community’ or ‘The Black experience’, but highly in favor of recognizing and acknowledging that there are several Black communities, and an array of Black experiences. This Black present, this present tense which is stressed and strained, is one in which we are still expected to serve, to entertain, to remain silent in the face of race based injustices, to submit ourselves, our bodies, our elders and our youth to inequality, violence, and subjugation. During the discussion which Lindfors arranged, a white woman in the audience asked ‘Are you thinking about all of this often?’ Later, having been asked to take part in the discussion, I offered: ‘We have to think about this because we have never lived in a world where white people have healed or corrected uncivilised, inhumane, and subhuman behavior. White people have never had to process the violence perpetrated against us, they have never had to fully contemplate what has been achieved at the expense of Black labour, the loss of Black lives perpetrated by the myth of our inhumanity and our inequality.’

Cosmic Latte recalls a foresightedness which has required Black and other People of Color to anticipate multiple outcomes, and strategies for survival. As I gaze into the Black future which Lindfors presents I see clearly several strands of multicultural, international Black moments in and of this time, but I must also reflect on the pain, the sacrifice, and the uncertainty which must be experienced before joy, transformation, acceptance and celebration. ‘Everybody wanna be anti-racist, but don’t nobody wanna BE anti-racist.’ If we reflect on what Sonya Lindfors, an artist in and of this time, is being told in her native Finland could we understand that the excuse that there aren’t enough Afro-Finnish people to create a new canon might also be a bold statement which says between the lines: ‘We are willing to perpetuate a fiction which frames white bodies as blank canvases, as individual, as universal, past, present, and future tense, valid and valuable.’ Sonya Lindfors and the artists that she has been working with since 2012 are doing what all contemporary artists must do: she is breaking tradition! She is using tools from the past and the present. She is dedicated to dismantling the canon. She has written herself and those who are often absent from visions of the future into a place and a time where we can experience joy which is cultivated through healing, community, and transformation. The future she envisions is more present than this present because she articulates what is often absent in discussions about race: in order to grow and to heal there will be sacrifice and pain, and the willful undertaking of such a feat and the emotions bound to this process will echo across generations. 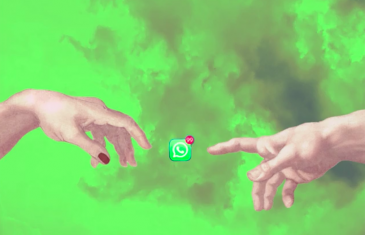 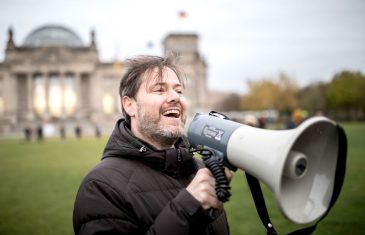