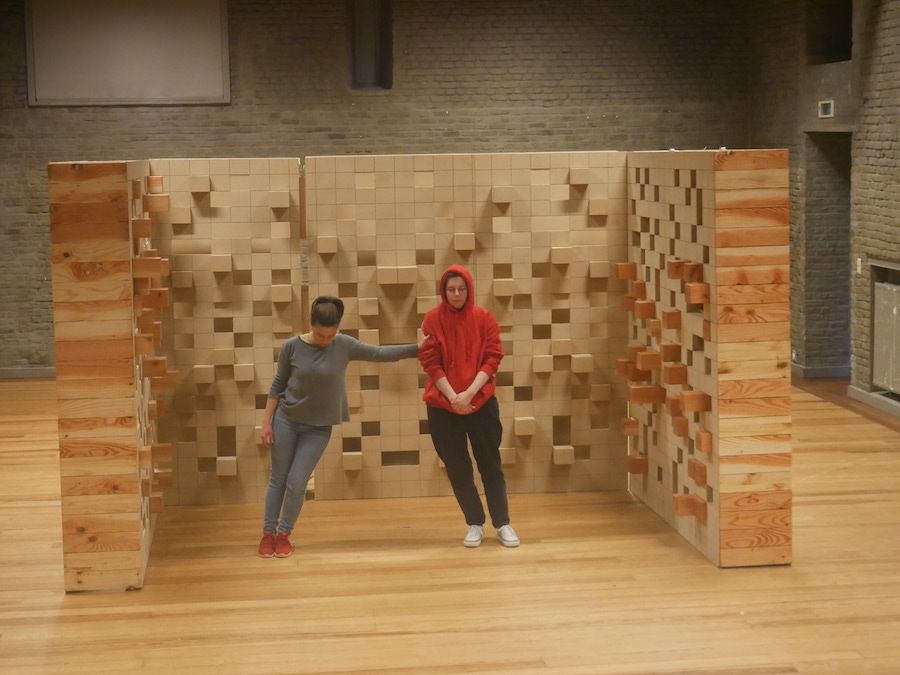 The coronavirus empties streets and theatres. Because we prefer virtual theatre to none at all, we give the stage to some of the artists whose premieres got cancelled. How does corona impact their practices and lives?

What kind of piece should we have seen?

You should have seen an interdisciplinary performance which is the result of a two-year collaboration between theatre maker Rimah Jabr and visual artist Dareen Abbas. Our initial idea to work with space and spatiality was then translated into a combination of Dareen’s visual world and Rimah’s texts. We decided to work separately in the second year of the process but we found out that we both shared the same physical sense of theatricality.

Who was supposed to be on stage? How long did you rehearse?

On stage, there are Femke Stallaert and Gülce Oral, telling the story of a diseased architect’s daughter. Their performance is intertwined with the audio-visual piece Dareen created.

This project is developed in a residency at the Theatre Centre in Canada and with Moussem in Belgium. Our rehearsal process had different phases, sometimes including only part of the team. Our main rehearsal process was in September 2019 in Toronto, then we met again in Brussels in March 2020 with the full team and we stopped rehearsing on March 14 when we were interrupted by the decision of the government to cancel all shows.

Was there a specific urgency to make the piece now?

The original plan was to show the piece in November 2019 but for various reasons we had to postpone it. There is always an urgency in making art, however for this specific project we feel as creators that we worked enough on it to make it live beyond our team now.

Is there a moment, image, scene or text from the performance that you would like to share with us?

‘We a dozen waxen figures are standing perfectly in a line; the abdomens look horrifyingly hollow. A lady passes by the line and gives us each a coin. Then we start to speak, but the voice doesn’t come through our mouths, it comes from the back of our heads, as if each person in the line is speaking to the one behind him/her. Then a blue light blinks above our heads. The line doesn’t move. I am at the end of it, which means that I am speaking to the void behind me. I don’t know what is happening at the front of the line. All I am sure about is my urgent feeling that I have to cross over. I don’t know where.’

How does it feel to cancel a show you’ve been working on for so long?

It is not an easy feeling. Creating a piece of art means you’ve invested your emotions in it before anything else. You’ve seen it growing slowly. It felt like a sudden death, but we took solace in knowing that we will have a premiere in Canada at the Theatre Center in November 2020.  Also, it is a global situation and many performances and events were postponed which made the shock less painful.

Will you keep on working further or do you consider Broken Shapes as finished?

We are almost there. Our technical week in Kaaistudio’s was supposed to happen on the day of the lockdown. We had a plan to work with our Canadian light designer Andre Du Toit on the light design and the sound pieces by our Brussels-based sound designer Arzu Saglam. Hopefully in November we will be able to take decisions about the designs and rehearse with the actors, having all elements present. We were happy that we could bring Dareen’s installation to Kaaistudio’s for one day. We did some tests on the videos she created and Femke and Gülce tried some scenes with the installation. That was very helpful for the final decision-making that we will work on in November 2020 in Toronto. 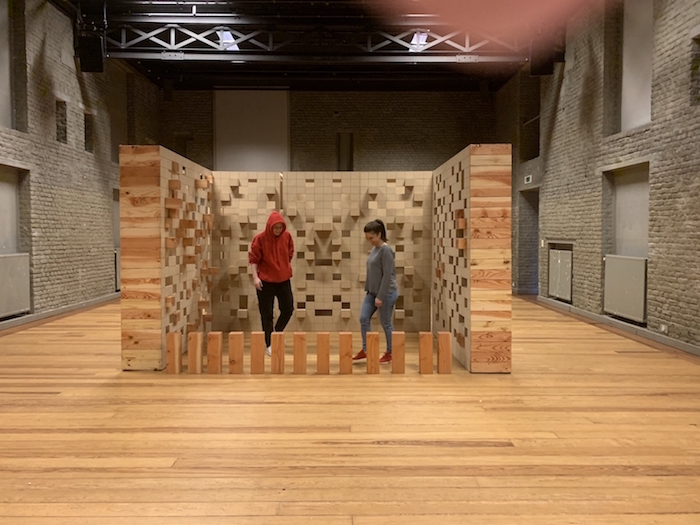 Do you have to ‘bury’ the piece or will there be a new tour later on? What difficulties do you experience in this rescheduling?

The piece will premiere in Toronto at the Theatre Centre in November 2020. We will also reschedule the tour in Belgium in the future. We still need to figure out the theatres’ availabilities in fitting us in their next season, which was already planned, and then we will try to match that with the availability of the team. We had some financial loss, but we are happy that the whole team is healthy and safe.

How will you spend the next days and months?

The most important thing for us was to bring the team members to their homes as fast as possible. As this is an international co-produced project, half of our team doesn’t live in Brussels. We acted fast and we would like to thank the Theatre Centre for their immediate response to bring the team back home. We are all in self-isolation now for two weeks. Trying to figure out what is the lesson we need to learn from all what happened. Re-evaluate – reassess the relationship with the self, with the others, with the system and redirect our responsibilities as individuals before blaming a system.

What is the impact of the corona measurements on you personally? What kind of support is necessary for the arts sector?

Individual artists are priority. No one should be left alone to figure out how to deal with the situation. Organizations should protect artists. We have seen how other sectors like the aviation industry or even service sector fired their employees. Let’s hope art organizations and theatres have the artists’ back. Artists are the most vulnerable employees; they already deal with a high level of uncertainty; we hope they won’t be left alone. And we believe that we can count on solidarity among people. We will be together despite the social distancing.

Livestreaming, Theaterflix… Is the idea of a virtual life for Broken Shapes appealing to you or is a live audience crucial?

We don’t think that the idea of a virtual life for Broken Shapes is an option. We created this piece in distance already as Dareen and Rimah live in different countries. It was time for the team to be all together in one room with the audience. Next to that, the content of the show demands a certain level of spatial experience. It will be pity if it is seen in two dimensions.

‘Broken Shapes’ was supposed to premiere on March 20 at Kaaitheater. 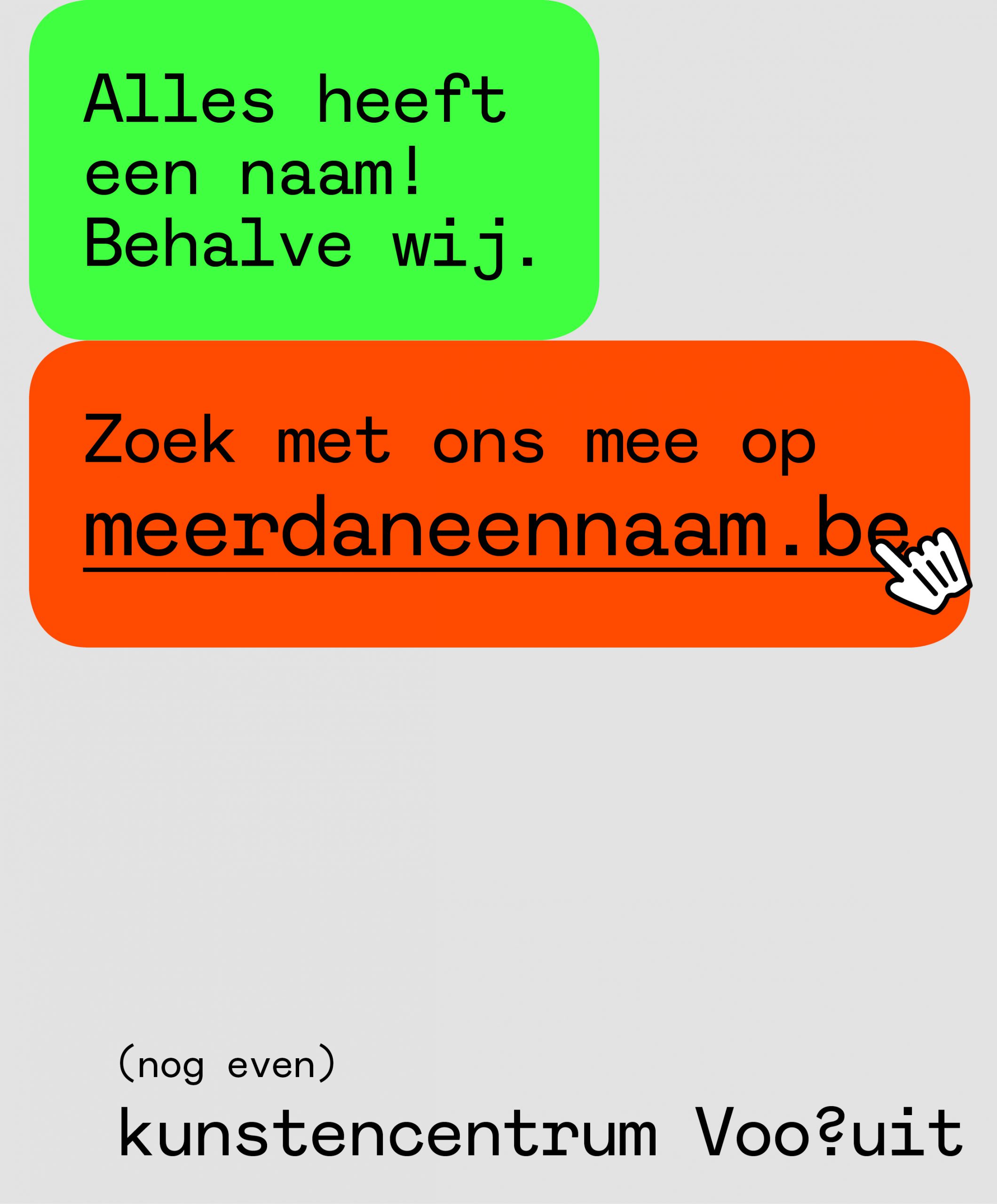 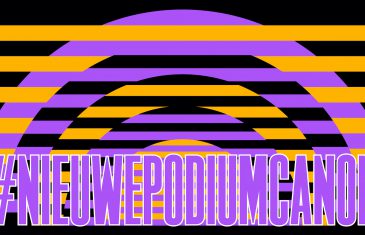 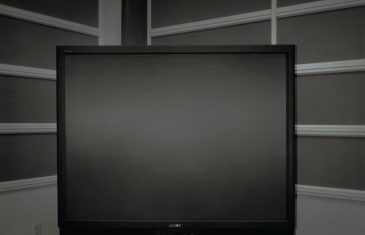